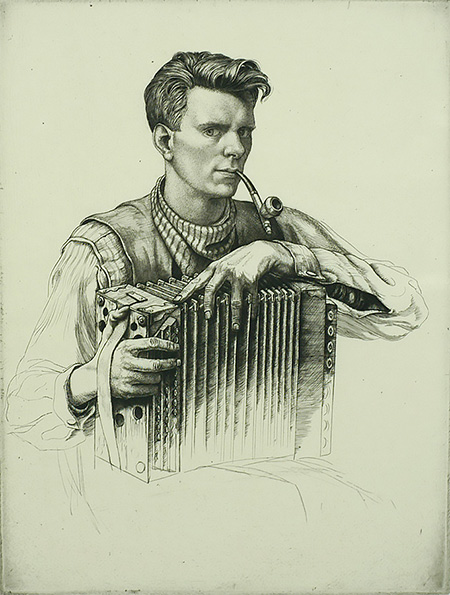 William Evan Charles Morgan was born in London, England on 19 October 1903 and studied at Camberwell School of Art in London (1920-22), and at the Slade School of Fine Art, University College London (1922-24). In 1924 he was awarded the Prix de Rome Scholarship enabling him to continue his studies in Italy. He subsequently worked primarily as an etcher and engraver.

In 1932 Morgan and his family took up residence on the estate of one of his patrons at Ardtornich, Morven in Argyll, Scotland, where he painted and did some teaching. He returned to England in 1938 and began teaching at Harrow School of Art. During World War Two he served as as a camouflage officer. He was later employed by the British Rural Industries Bureau.

Between 1928 and 1936 he exhibited at Beaux Arts Gallery, Connell Gallery, Fine Art Society and the Royal Academy in London; and at the Walker Art Gallery in Liverpool. He appeared to have exhibited little after that. This may have been because of problems with his eyesight. In 1968 he retired and moved to Switzerland where he died in 1979.

We are grateful to Chris Mees for assistance 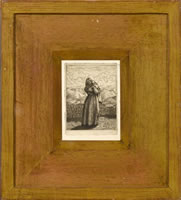