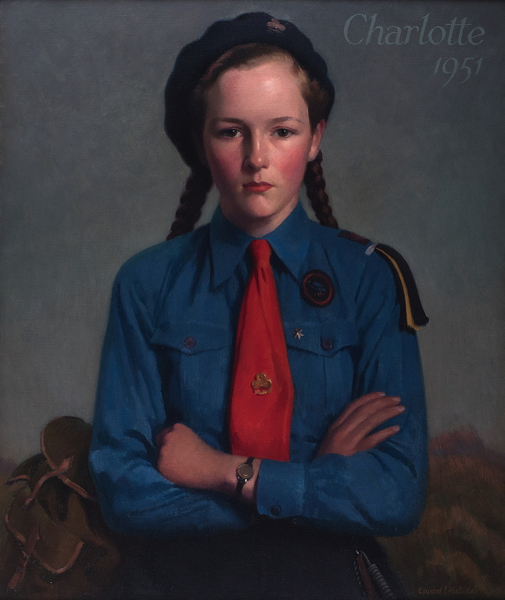 The Guides formed when a group of girls stormed into a Scout rally at Crystal Palace in 1909, demanding Robert Baden-Powell start a sister organisation to the Scouts. The junior Guiding section, known originally as the Rosebuds and later the Brownies, was founded in 1914.

Girlguiding quickly grew into a vast and vibrant network of members, that were particularly active during wartime. Between 1914 and 1918, Guides acted as messengers for confidential information for The Marconi Wireless Telegraph. And in 1940 their members raised over £50,000 to help the war effort. They even set up a committee to select and train Leaders for relief work after the war, called the Guide International Service.

Halliday’s portrait of Charlotte was captured shortly after this period and before the Coronation of Elizabeth II in 1953, who was herself a former guide, and opened an international festival dedicated to the movement. The dress of the sitter reflects uniform common to the group in the 1950’s. Charlotte wears a tunic shirt in ‘headquarters blue’, with a trefoil promise pin affixed to her tie. She wears the traditional beret and shoulder knots, whilst the badge on her chest indicates the patrol group that Charlotte belonged to. 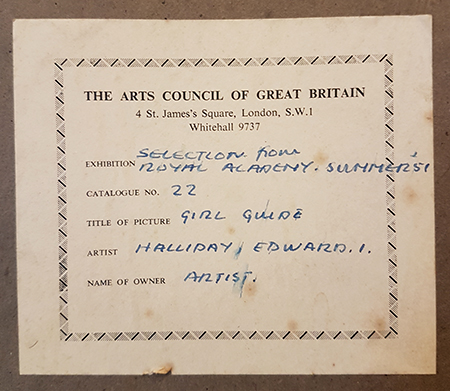