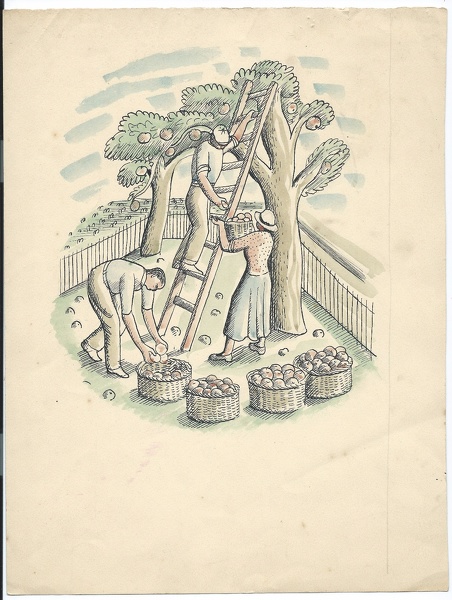 Frederick won the coveted scholarship in Engraving to the British School at Rome in 1927, some five years after his brother had achieved the same distinction.  Attempting to throw off the burden of working in his brothers shadow he insisted on being called Austin Frederick, (Mr Frederick).