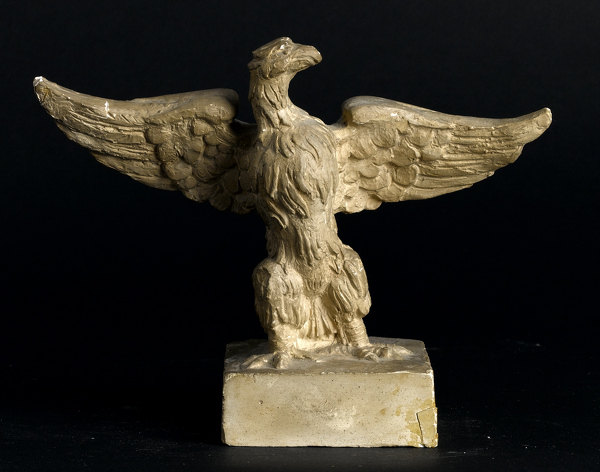 Woodford specialised in heraldic sculpture, most notable among which was his series of ten animals for the coronation of Queen Elizabeth II, known as ‘The Queen’s Beasts’.  This maquette might be the one shown at The Royal Academy in 1956, 'one of two Eagles on Entrance Piers to the Manor House, Newton Stacey - carved douting stone.