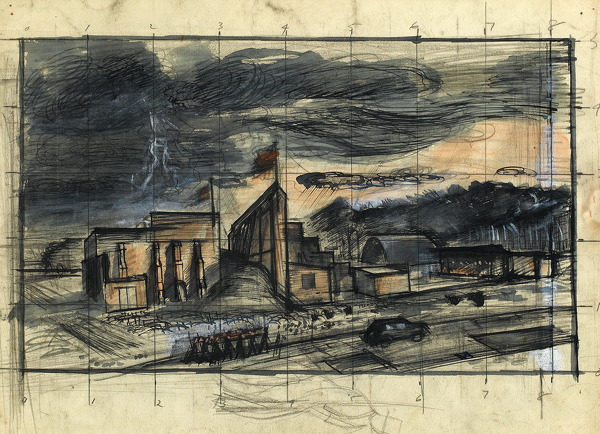 Hover over the painting to magnify (there may be an initial delay while the magnified image is loaded)
£2,500
Free shipping
Enquire
Add to cart

Exhibited: WW2 - War Pictures by British Artists, Morley College London, 28 October -23 November 2016, cat 77.
Literature: Sacha Llewellyn & Richard Sorrell (ed), Alan Sorrell; the Life and Works of an English Neo-Romantic Artist, (Bristol: Sansom & Co.) 2013, p 104-105.
WW2 - War Pictures by British Artists, Edited by Sacha Llewellyn & Paul Liss, July 2016, cat 77, page 116.
This is a study for the finished painting in the Museum of Stoke on Trent showing a riffle range. During the Second World War Sorrell served in the RAF from 1940, where he was able to make first-hand visual records of the daily life in the Air Force. 26 of these pictures were acquired by the War Artists' Advisory Committee. Lightning flickers over this scene of wartime austerity. 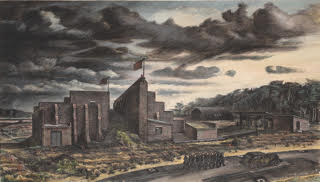