Painter of pictures and murals and draughtsman, born in Lewes, Sussex. He studied at King Edward VII School of Art in Newcastle upon Tyne under Richard Hatton, at Royal College of Art with William Rothenstein and then in Italy as a Prix de Rome winner, 1923. Elected RA in 1938. Lawrence was a fine figure painter and a RA stalwart for many years, his work having a strong underlying draughtsmanship. Also showed RP of which he was a member and widely abroad. Among Lawrence's notable murals are ones in Laing Art Gallery and Museum, Newcastle; Palace of Westminster; and Bank of England. Lived in London.

During WW1 Lawrence was in the Tyneside Pioneers, and according to Richard Dunning was in the front line 100 yards from Lochnagar when it was blown up. Given that the (unannounced) 27 ton explosion was heard and felt in Kew, it must have unnerved him considerably - fortunately the Pioneers were the only troops, out of 100,000, who didn’t go over the top on that day. Lawrences masterpiece, The Altruists, (first exhibited at British Empire Exhibition, Wembley, 1924, then British Pavilion, 1925 Paris and now lost) showing First World War soldiers and a selection of robed figures grouped on either side of a risen Christ, was his most ambitious serious attempt to sublimate his traumatic WW1 experiences. 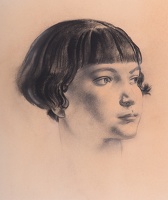 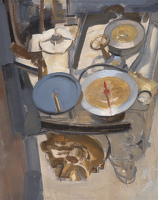 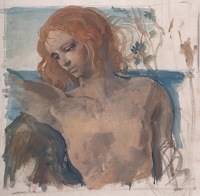 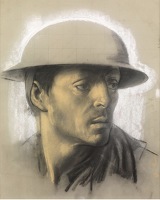 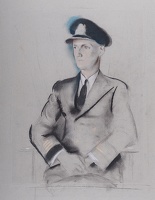 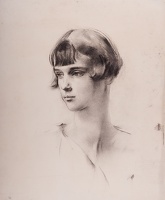 Alfred Kingsley Lawrence
The Forum and Basilica of...