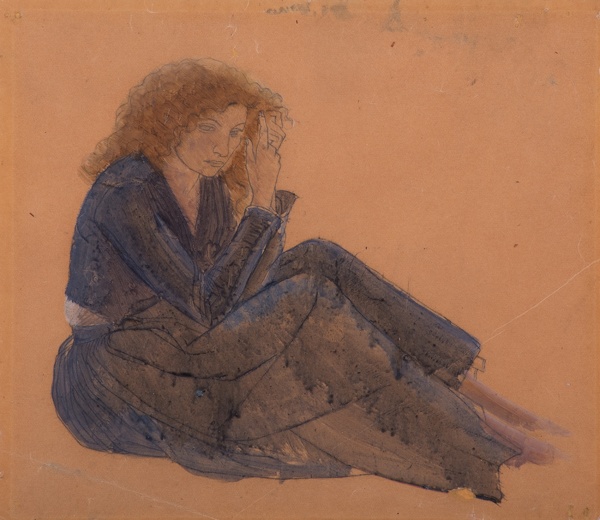 
Thinned oil over pencil on tracing paper on panel

Writing to her mother about Paradise from the artist’s colony of Anticoli Corrado (in the Latium) in 1921, Knights stated, ‘I haven’t thought about the figures properly, but I have all the landscape and all the colour . . .’ adding that she worked in the evenings ‘partly because it is an evening effect, partly because it is too hot to struggle up the hill to it in the day’.

Knights’ letters indicate that as the painting evolved it underwent several changes – ‘I keep on at my composition, rubbing out, rubbing it out. I will get it right soon. It’s changed to the Annunciation now’. A few months later Knights wrote: ‘I have got another subject now, Abigail, same background’.

Paradise is untraced and may never have been completed. The planned size, which was identical to Knights’ Rome Scholarship winning entry, The Deluge, suggests that Knights intended to submit the painting to the Rome School Faculty as her major first-year work.

The theme of Paradise is close in spirit to Knights’ Rome School chef-d’oeuvre, The Santissima Trinita (1924- 30), which depicts women resting in a field during a pilgrimage to the sanctuary at Vallepietra in the Lazio. This study of a woman combing her hair was drawn and worked up in colour on tracing paper so that it could be transferred to the final canvas. Thinned oil was used by Knights as an alternative to gouache and allowed her to anticipate colour combinations as they would appear in the final painting. 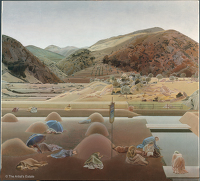