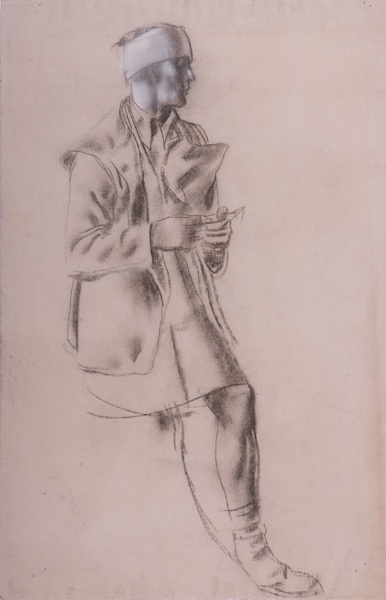 Hover over the painting to magnify (there may be an initial delay while the magnified image is loaded)
£1,500
Free shipping
Enquire
Add to cart

In 1914, Lawrence  had voluntarily joined the Northumberland Fusiliers 19th battalion (2nd Tyneside Pioneers), which was posted to France in 1916. He was mentioned in despatches in January 1917, most likely for his actions during the latter stages of the Battle of the Somme. Upon discharge in 1919, he resumed his scholarship at the Royal College of Art.

This drawing is possibly a study for his lost masterpiece The Altruists, first exhibited at the British Empire Exhibition, Wembley, 1924: