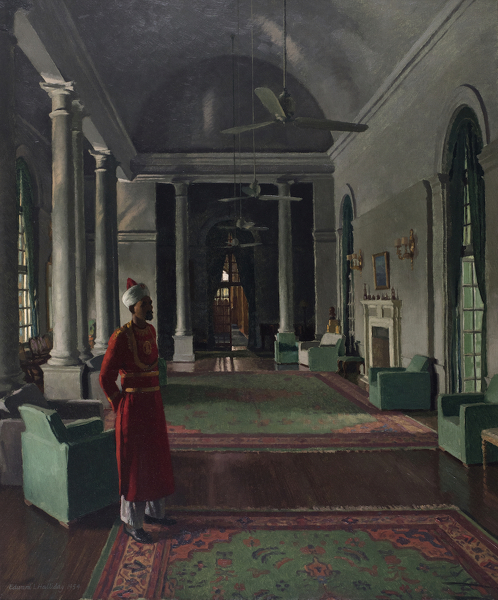 This painting shows the interior of Teen Murti Bhavan, the residence of the first President of India, Jawaharlal Nehru. The building is now the site of a museum and library, which aims to preserve and reconstruct the history of the Indian independence movement.

As one of the most prominent portrait painters of his day, Halliday took commissions from an array of distinguished political figures, and foreign heads of state. This list included Sir Winston Churchill, Nnamdi Azikiwe, Kenneth Kaunda, Forbes Burnham, and King Olaf of Norway. More significantly, Halliday also painted the portrait of Jawaharlal Nehru, as well as his sister, and former President of the United Nations General Assembly, Vijaya Lakshmi Pandit (now in the collection of Somerville College, Oxford).