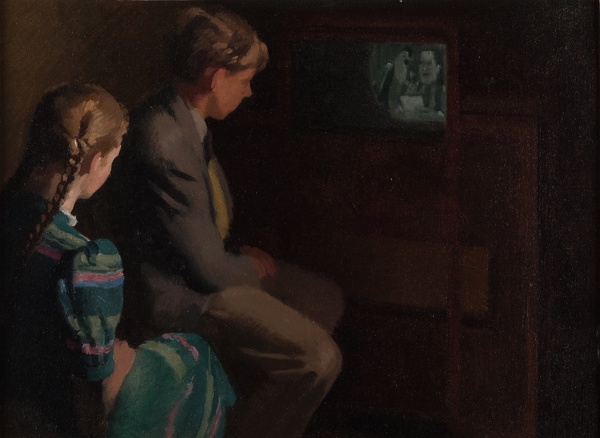 
Titled on label on reverse,

Halliday depicts his daughter (the painter Charlotte Halliday, b. 1935) and son watching television two decades before television networks switched to colour in the mid-1960s.

The first real television children’s programmes started in 1946 after the end of WWII when there was a live Sunday afternoon transmission known as Children’s Hour. This rivalled, and gradually replaced, the radio version of Children's Hour which had first appeared in 1922.

Halliday, himself, had two arts series radio programs, Artists at Work (1932) and Design in Modern Life (1934). In the 1950s, he was also the voice behind the BBC Television Newsreel.