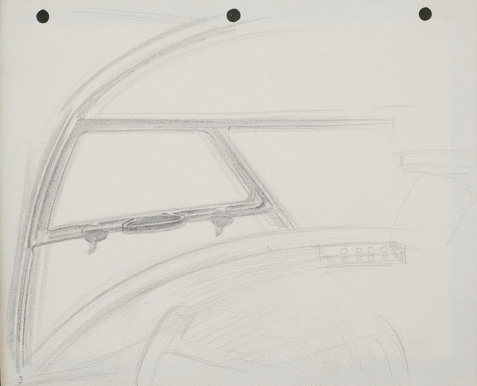 Exhibited: WW2 - War Pictures by British Artists, Morley College London, 28 October -23 November 2016, cat 58.
Literature: WW2 - War Pictures by British Artists, Edited by Sacha Llewellyn & Paul Liss, July 2016, cat 58, page 95.
Monnington's wartime paintings have an unusual sense of immediacy - they were based on sketches made whilst (literally) en plein air, the compositions are seen from the pilots dynamic point of view. This sketch, drawn in situ, shows the view from a cockpit possibly that of a De Havilland Mosquito; the instrument just touched in on the right side may be either a compass or possibly a gunsight. Monnington was passionate about aircraft - by the time he applied to become an official War Artist he had completed over 600 hours of flying time. In 1943 Monnington wrote to the War Artists' Advisory Committee, WAAC, complaining of the lack of an aerial perspective among the works WAAC had so far commissioned. In November 1943, WAAC issued Monnington with the first of a series of full-time commissions that saw him flying with a training squadron in Yorkshire and with Mitchell bombers to Germany.

Fighter Affiliation : Halifax and Hurricane aircraft co-operating in action (IWM) shows a Hawker Hurricane practicing an attack on a Handley Page Halifax. It was known as Fighter Affiliation because it was intended as practice for the bomber's gunners to get used to the idea of fighter aeroplanes closing at speed from odd angles and gave them practice in manouevring their turrets and getting their gunsights onto the incoming attacker. It was not half so easy at night, but it may well have been that the gunners wore very darkly shaded goggles - Night Simulation Goggles - so that it looked pretty close to pitch black to them. The bomber pilots were also training in evasive manoeuvres, known as Corkscrews - which were supposed to shake off any attacking fighter - a steep dive away to port, followed by a banking turn to starboard climbing and a level out at the top, hence the peculiar angles.
We are grateful to Andrew Cormack for assistance. 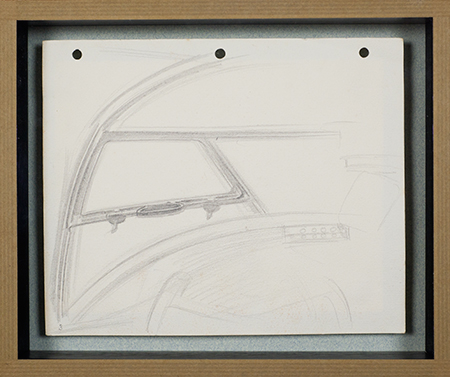