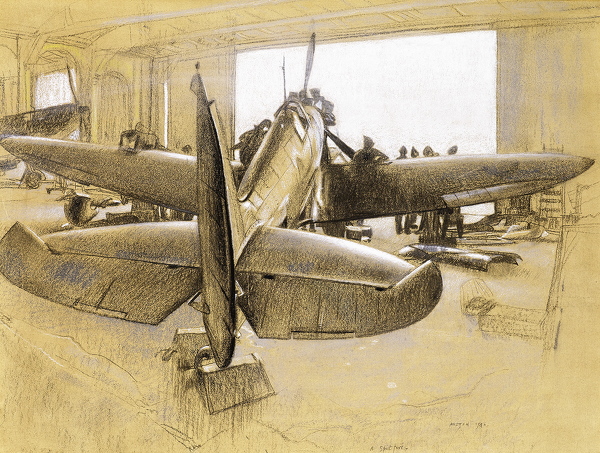 Charcoal and pastel heightened with white

This drawing is reproduced in volumn three of the Wartime series 'War Pictures by British Artist's, no 3, R.A.F, published in 1942. 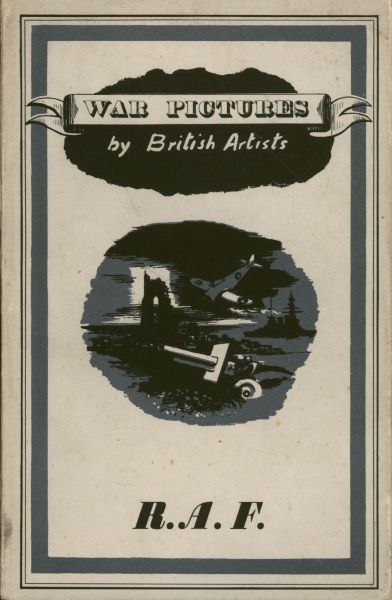 Original work from the 'War Pictures by British Artist's' series is very rare : almost all the pictures featured there-in were  commission by The War Artists Advisory Committee  (WAAC) - led by the National Gallery’s Director Sir Kenneth Clark on behalf of the Ministry of Information - and destined for the IWM collection.

What did it look like? they will ask in 1981, and no amount of description or documentation will answer them. Nor will big, formal compositions like the battle pictures which hang in palaces; and even photographs, which tell us so much, will leave out the colour and the peculiar feeling of events in these extraordinary years.

Only the artist with his heightened powers of perception can recognise which elements in a scene can be pickled for posterity in the magical essence of style. And as new subjects begin to saturate his imagination, they create a new style, so that from the destruction of war something of lasting value emerges,  (with an introduction by H.E.Bates). 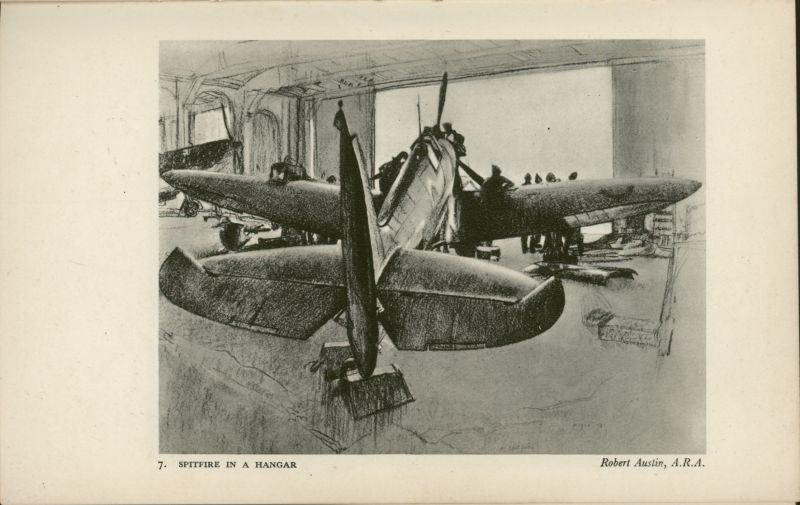