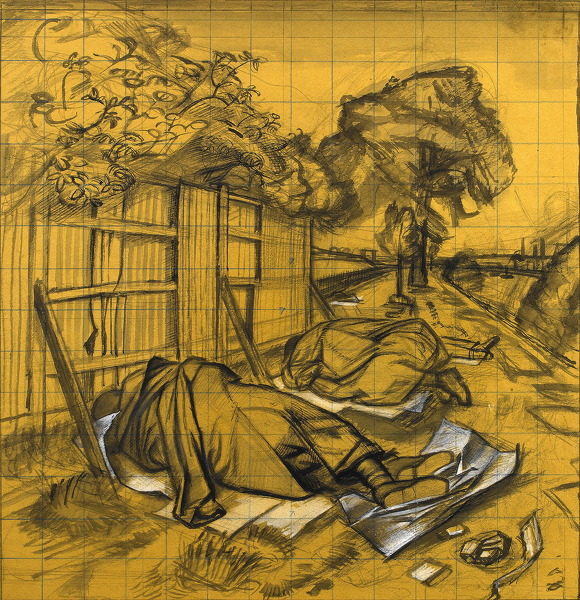 Hover over the painting to magnify (there may be an initial delay while the magnified image is loaded)
£4,750
Free shipping
Enquire
Add to cart

Exhibited: WW2 - War Pictures by British Artists, Morley College London, 28 October -23 November 2016, cat 130.
Literature: WW2 - War Pictures by British Artists, Edited by Sacha Llewellyn & Paul Liss, July 2016, cat 130, page 173.
After WWI promises made to soldiers returning from the trenches, that they would be rewarded with 'A Land Fit for Heroes', evaporated, as huge debts, high unemployment, and slow growth wiped out Britain’s leadership in the world economy. Many soldiers found themselves unable to reintegrate back into civilian life. The scars left behind at the end of WW1 were still in evidence as the dawn of WW2 broke.