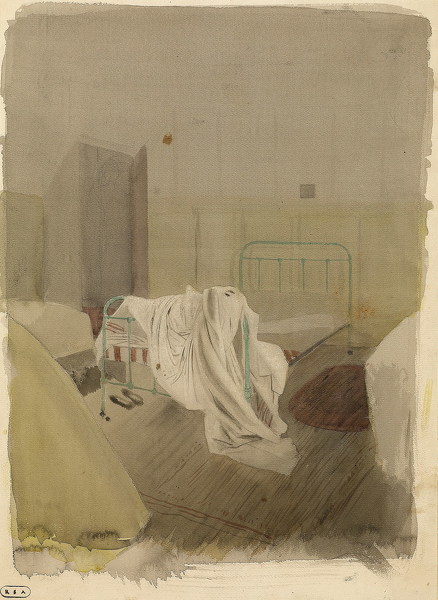 Hover over the painting to magnify (there may be an initial delay while the magnified image is loaded)
£1,950
Free shipping
Enquire
Add to cart

See all works by Robert Austin watercolour artists at work

In a narrow wooden frame with hand washed mount.

Figures resting or sleeping are amongst the subjects that Austin drew consistently.  In the domestic family routine which formed the backdrop to his work Austin found an endless source of inspiration.  Drapery was a subject that he was particularly drawn to.