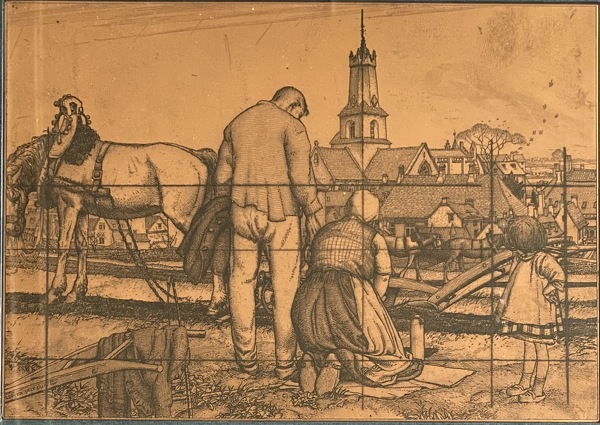 cancelled by the artist

According to Michael Campbell The Angelus is  the most elaborate and certainly one of the most sought-after of all of Robert Sargent Austin’s early works, The Angelus combines all of the principal elements found throughout R.S. Austin’s other early works: the weary working horse, the plough, an elaborate village landscape, and figure studies of those in prayer, all dominated by the church and an air of deep religious import. Indeed, the peasants depicted have stopped in the midst of their daily labours at the time appointed for the prayer of The Angelus to be said. Although Dodgson, when writing in 1930, suggested that this work might have been over ambitious for the young etcher, in many ways, this most elaborate composition represents the summation of Robert Sargent Austin’s early powers as a printmaker.